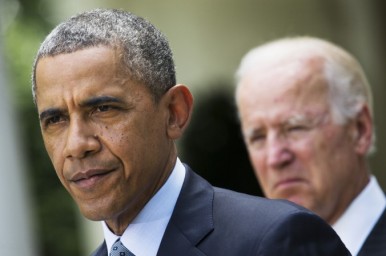 President Barack Obama is getting flak for being on vacation and playing golf while the world is, seemingly, going to hell in a hand basket. It’s predictable. I can recall the same complaints about every president in my lifetime. Such petty sniping is par for the course in politics. I was going to expound further on this, but I found an article from the Washington Post that says it better than I could. Link at the end of this post.

I will however add a postscript from my own observations. Taking time off from a normal busy activities has proven valuable, even in little bits. I’ve had some of my best ideas while shaving in the mornings, letting my mind range over things like finances, travel and relationships. I usually end with inhaling the shaving soap fragrance through the towel at the end while letting my mind go blank, a sort of aroma therapy. (Am I nuts, or do other people do this?)

Listening to pod-casts while at our daily workouts at the Y exercises the mind. And a little nap in the afternoon is wonderfully refreshing. The presidency is a pressure-cooker, wherever he goes, and if he can clear his mind on the golf course, I say good for him.  Scott Farris of the Washington Post would agree.