An Independence Day “What If?” 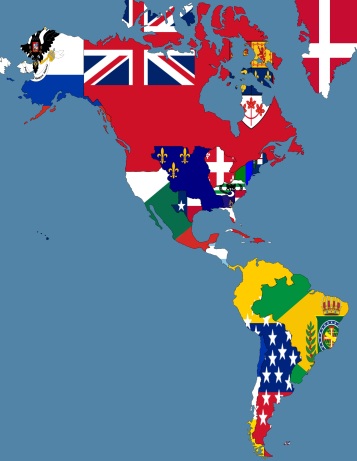 While visiting another blog, the topic of the legal right of states to secede arose. I was prompted to visit a number of articles on it, including the one in Wikipedia which I think is remarkably good and comprehensive of the others. What surprises me is the legal controversy of the matter. A good case can be made, I think, for either side but it is the precedent of the Civil War that towers above all other arguments, including those about what the founders really thought and what the Articles of Confederation implied.  Such matters can turn either way on the opinions of 8 or 9 mere mortals, thus pointing to a prime importance of the upcoming election.

On this Independence Day I find myself musing about what history might have looked like had the South successfully seceded or if Lincoln had lost the nomination or the election? Either could have easily happened through faddish public sentiment.  Would either nation have participated in the Spanish-American war or World War I? Would Hawaii have even become a state? Would the South have also declared war after Pearl Harbor? Perhaps the Japanese might not have attacked at all, a divided America being less of a threat to its ambitions. (My concern for how easily events can overtake mere arguable law were heightened by having just finished season 4 of House of Cards.)

Would Europe now be part of the Third Reich? I think it not only possible, but likely. WW II was a close thing and it all hung on a knife edge on June 6, 1944, even with the combined strength of a United American military.

5 Responses to An Independence Day “What If?”